– If you want some extra amplification for your tunes, this unique mini-speaker with amplification and a built-in rechargeable battery offers a pocket sized solution.

– This compact speaker system is compatible with all iPod models, MP3 players and other devices that have a 3.5mm headphone or USB port. Small enough to slip into your pocket, it provides a massively impressive output for such a tiny device.

– In addition to the powered amplification, the secret is that the mini capsule opens out to create an extended resonance chamber that works in a similar way to a sub-woofer. That means it’ll pump ouot more bass than you would believe possible from such a tiny speaker. 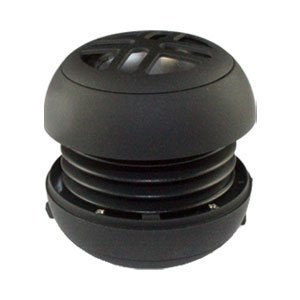 There are no reviews yet.

Be the first to review “Mini Ball Speaker” Cancel reply

Any cookies that may not be particularly necessary for the website to function and is used specifically to collect user personal data via analytics, ads, other embedded contents are termed as non-necessary cookies. It is mandatory to procure user consent prior to running these cookies on your website.